We have a passion for helping people and organizations around the world improve their performance.

Having a uniquely diverse background of experiences often provides insight that is otherwise unattainable.

This couldn’t stay bottled up so, we put it in a genie lamp for you! 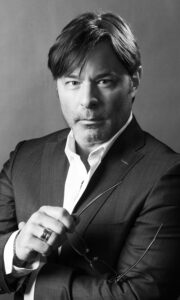 JJ Lee has a breadth and depth of life experience that is as amazing and admirable. Born in Opelika, Alabama, this Navy Junior went on to earn a Bachelor of Science degree, Health Care Administration with a minor in Naval Science, from Oregon State University before embarking on a distinguished and highly decorated 20-year military career.

For his last combat tour, JJ was mobilized to Afghanistan in support of Operation ENDURING FREEDOM during 2011-2012. He was assigned to Commander, US Forces Afghanistan Operations Directorate (J3) in Kabul and further assigned to Commander, US Forces Afghanistan, WEST as Director of Operations and Intelligence (J3/J2) and Acting Region Commander of US Forces. Concurrently, he was Officer in Charge (OIC) of the Combat Drive Team and Personal Security Detachment (PSD) where more than 110 missions were executed outside the wire with all hands returning alive. He personally commanded the most dangerous missions such as reconnaissance and Admiral, General and civilian equivalent protection in areas known for vehicle and personal-borne IEDs, rockets and small arms fire. As Director of Safety, he achieved a historic milestone as the first Region in Afghanistan to be compliant in all safety categories.

At the Naval Postgraduate School (NPS) in Monterey, California, JJ’s Masters of Science work was Information Technology Systems with emphasis on Intelligence. He also completed the Naval War College Strategy and Policy curriculum.

JJ retired from the Navy in September 2012 after more than 20 years of honorable service. He also has more than a decade of civilian experience in the aerospace-defense industry as Program Manager (PM) and Systems Engineer (SE) for Space Systems in National, Defense and Advanced Programs. JJ was also PM and SE of advanced radar programs for the F-15, F-18, B-2 and next generation electronic attack.

During JJ’s tour at NPS, he was also Co-Founder and Chief Technology Officer for internet start-up BotBeat.com. After securing $165K in venture capital funding, he travelled and built a nationwide, virtual team of 14 and achieved an independent valuation of $2 million in 4 months.

JJ has founded or co-founded 12 companies since 2000.  He owns & runs five companies and is a C-level partner in five other companies.

Never bored, JJ is also an actor with voiceover credits in television, film and online.

Book a free consultation to discuss where you are, where you want to be, and to see if we’re the right fit to help you.  Click this link to connect with us and book your appointment:

Let us know how we can accelerate solutions for you!